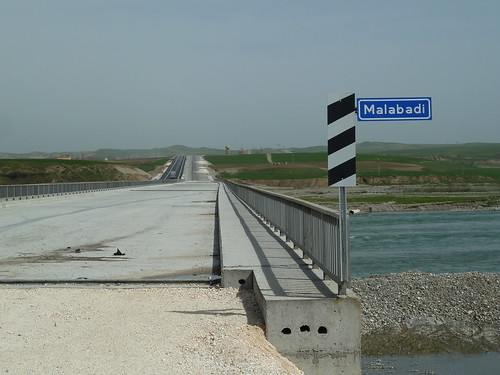 …but not the Malabadi Bridge I was intending to cross.

This is a new one that doesn’t show up on Google Maps yet, and there was no road signage yet. The one I intended to cross is 2 kilometers upstream, and was built in 1147 AD.

As I realized I was about to cross the wrong bridge I laughed and thought I’ve walked almost all the way across the country, and this is the first time Google Maps has failed me. That’s a pretty smoking record, way to go Google Maps!

Next: İslam, Gülden, me, and Veysi

Previous: Today is for Özgür Çelik