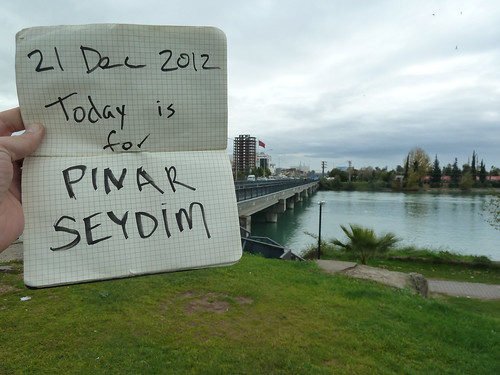 Pinar was one of my guardian angels at Tarsus American College. Thanks again for keeping me on track Pinar, I owe you big time!

Today’s walk was east out of Adana to Yakapinar. I took this photo at the start of the walk today, where the D-400 highway crosses the Seyhan river.

Pinar is shown below, second from the left… 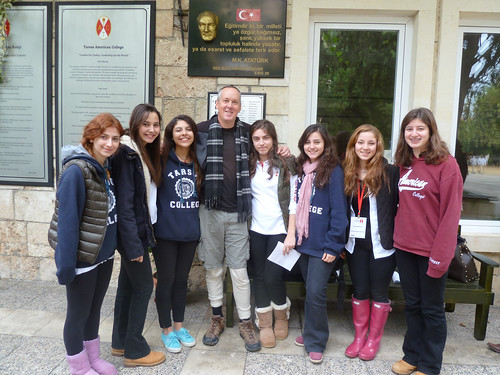 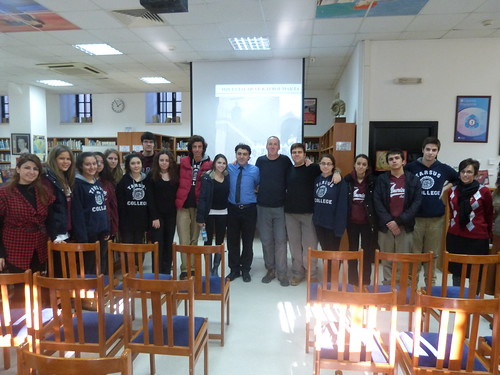 Orhan bey, a history teacher at TAC, gave us a presentation on "Disappearing Professions," a study he and the students in his history and archeology class did. 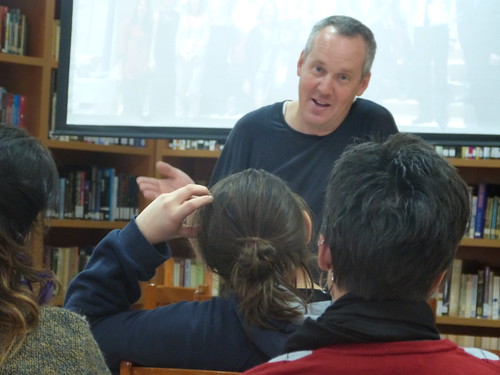 After Orhan bey’s presentation on disappearing professions last week at Tarsus American College, I fielded some questions from the students. 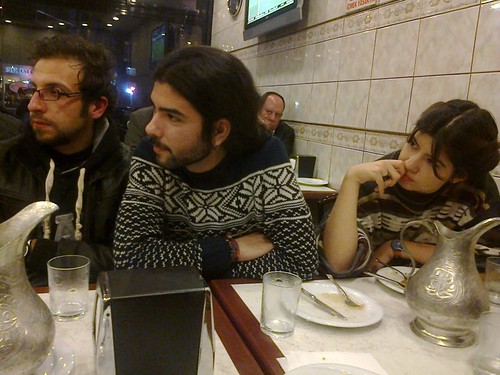 The kunefe’s been eaten, and Ziad, Milad, and Elcin are listening to something or other.

Thanks for the photo, Onur! 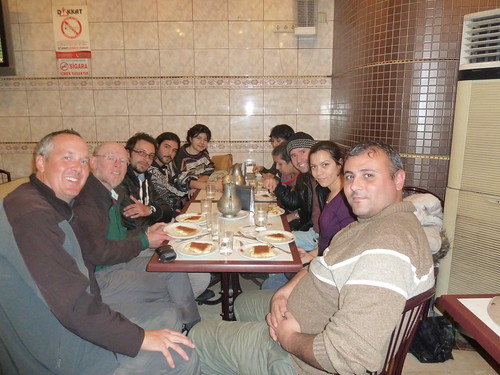 It was a rainy night, but some great people came out to join Melih and me for some tantuni and kunefe.

Clockwise around the table, from left to right: me, Stew, Ziad, Milad, Elcin, Irem, Sanaz, Onur, Elham, and Melih.

If some of the names don’t sound Turkish, it’s because they’re not. Of the 10 people, four were Turkish, two were Iranian, one was Syrian, one Afghan, one British, and one American (me). 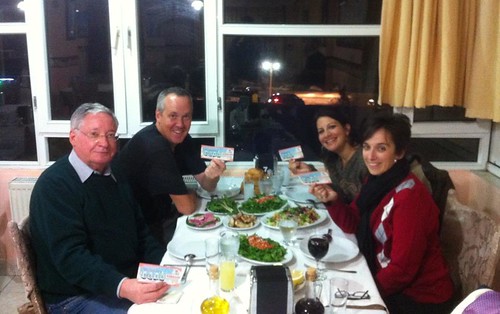 Last week when I was at Tarsus American College Mr. Hanna took us out for a great fish dinner in Mersin.

He bought us lottery tickets for the end-of-year lottery. So if I get lucky and win gazillions of dollars, remind me that I need to split them with Mr. Hanna, as much as A. it will hurt, and B. he will probably decline the offer at first.

Thanks for sending me this photo Filiz! 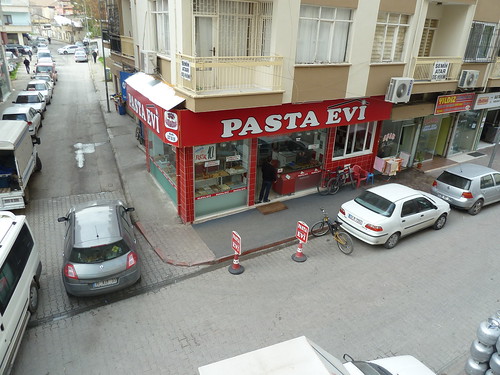 Here’s where I bought that big box of pastries (pogaca and borek). The aptly named "Cake House."

I ate my half in all of about three minutes. I’m going to go back to bed and slip off into a happy carbohydrate coma now. I’m loving this day off so far. 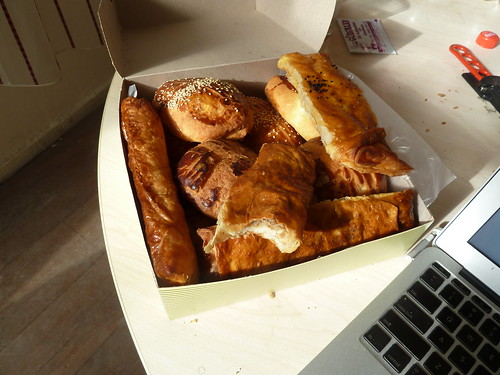 There’s a bakery right across the street from where I’m staying here in Mersin. I felt like I was buying out half the store.

It’s times like this when I realize just how many calories I must be burning, walking across the country and all. I know this box is not entirely for me (I was getting enough for two people), but I could easily eat all 12 of them myself, easily.

You can see I already started. I couldn’t even wait to get my camera out! 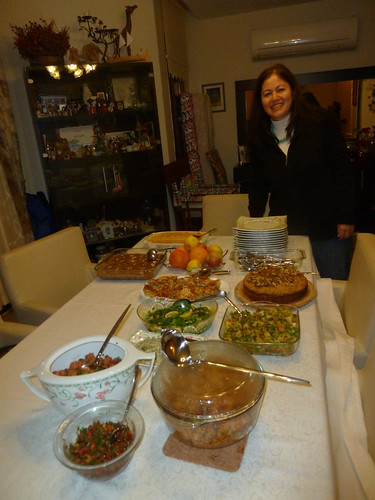 Last night I attended a potluck dinner hosted by Rustu and Ayse Sakalli, a couple friends I made last week at Tarsus American College. The dinner was attended by some friends and neighbors of Rustu and Ayse.

My favorite dish was the Uzbek rice, shown here in the covered glass container in the right foreground. It was rice mixed with a bunch of spices, meat, and a few mushrooms too, I think. I ate a ton of the stuff. Elinize saglik (health to your hands), Ayse!

Join us for tantuni and kunefe if you are available Monday evening. 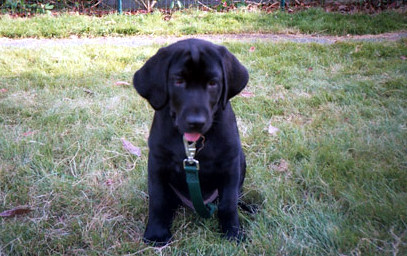 Back in the year 2000 I got a dog, a black labrador. I named him Milk Dud. He has since passed away, god bless his heart. He was a good dog.

When he was about four months old, I took him to the lake for the first time.

He didn’t like the water, however. In fact, he was deathly afraid of it. I tried to coax him into the water, but he wouldn’t go near it. Wouldn’t even put his paws in it, not even just a little.

I rolled up my pants and waded in. I even took off my shirt and swam around, thinking that maybe he needed me to demonstrate what he was supposed to do. But no dice. He refused to go in.

At one point I got so frustrated that I got out of the water, dried off, picked him up, and threw him into the lake. He plopped into the water with a big clumsy splash.

He went under for a brief moment, and I’ll never forget the look on his face when he came back up for air. He had this crazed, panicked look like he was thinking, “Oh my god, I’m going to die!” I don’t think he was even aware that I was there anymore, standing nearby in case things went south.

After a few moments of flailing in the water, he started to dog paddle, and then another unforgettable look crossed his face. It was a look of realization, a look that said, “Oh, THIS is what I was put here on this earth to do.”

From that moment on I couldn’t get him out of the water. Whenever there was water nearby, whenever he so much as smelled water, Milk Dud had to go swimming. He was obsessed with it.

A couple days into this trip I had a moment of realization like Milk Dud did, where I woke up and realized that hey, this is exactly what we were put here to do.

At one point in my walk into Mersin this morning I was standing on the side of the road, struggling to open a particularly reluctant roll of sandwich cream cookies. Up rode five Turkish cyclists, all decked out in lycra and helmets. They pulled up next to me and stopped. I had not met them before, but they greeted me by name in English.

They were on their way to Kizkalesi, where I began yesterday’s walk, to meet some Germans who are cycling to China.

That’s another thing I love about this area. All kinds of people have been passing through here for thousands of years, headed in one direction or another. This morning I was honored to have joined that group. 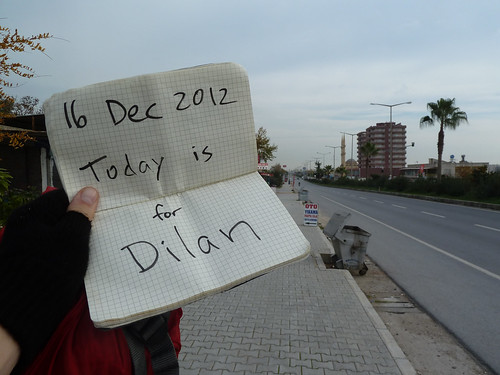 Dilan, I know I had the hardest time remembering your name, but now I will never forget it, and I promise that I will never, ever, call you "Bob." 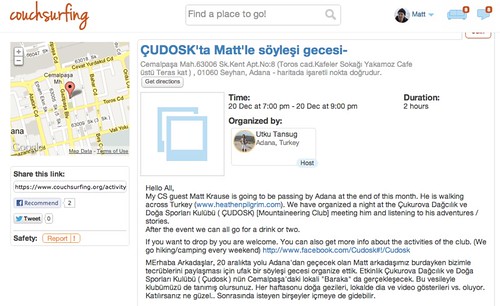 I’ll be swapping stories and stuff in Adana on the 20th of December at 7:00pm. CUDOSK, the Cukurova Mountaineering and Nature Sports Club in Adana.

Join us if you’re in the area. 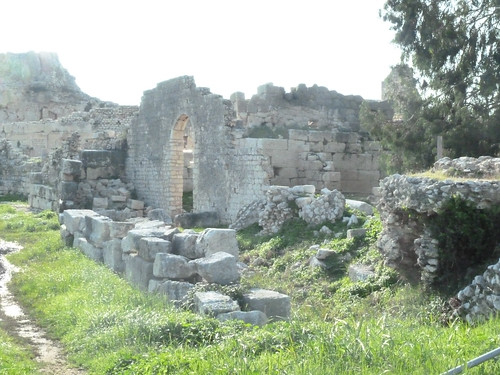 A Byzantine palace we passed today, right next to a free place next to the beach where people can camp.

Where else in the world can you camp for free, with the beach on one side and a Byzantine palace on the other? God I love this place.

Today Melih joined me for the walk, setting a personal record of 30 kilometers walked in one day. Congratulations Melih, nice job! I was impressed big time! 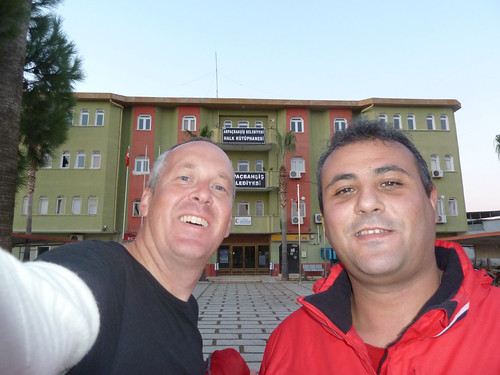 Our target for the end of the day today was the city offices of the town called Arpacbahsis.

Getting to them meant Melih had walked 30 kilometers in one day, a personal record for him. Way to go Melih! 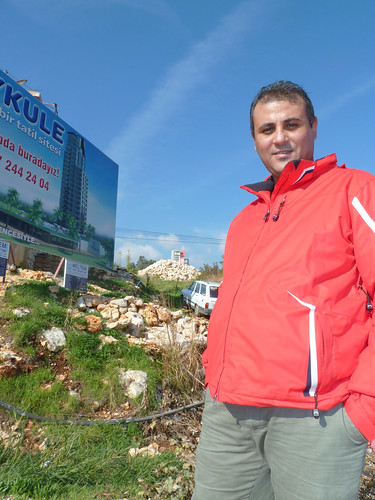 See that building way in the background, the one that looks like it’s standing on top of some rocks? (It’s actually not, the rocks are between us and the building)

Melih is an electrical engineer. He designed the electrical systems for that complex. It’s actually three separate buildings really close to each other.

We passed by them on today’s walk. 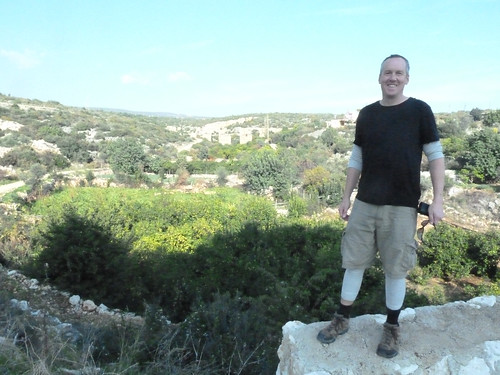 One of the things I love about this area (the Mediterranean coast between Silifke and Mersin) is that it’s basically an open-air museum.

Old things (like this aqueduct in the background, Roman or Byzantine, I don’t know) that would in most places be behind closed doors are just out there, mixed in with olive and lemon orchards.