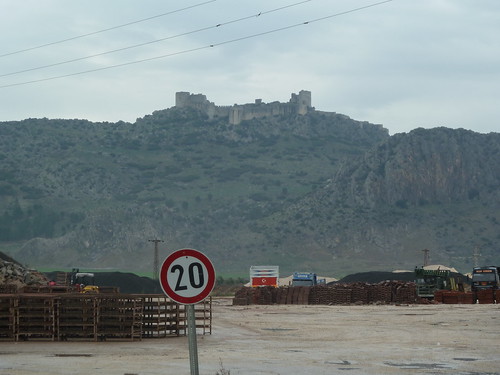 One of the features on today’s walk, midway between Yakapinar and Ceyhan, was Yilankale, Snake Castle.

The castle was built in the 11th or 12th century by the Armenians, and was probably used by the Crusaders too.

You can’t see it in this photo, but there’s a hill right next to this one. Much of that second hill has been carved away to supply a cement factory, but it still blocks the castle’s sightline across part of the plain. So as I was approaching I was wondering what the castle’s occupants did about the blind spot.

Next: Waiting for a friend