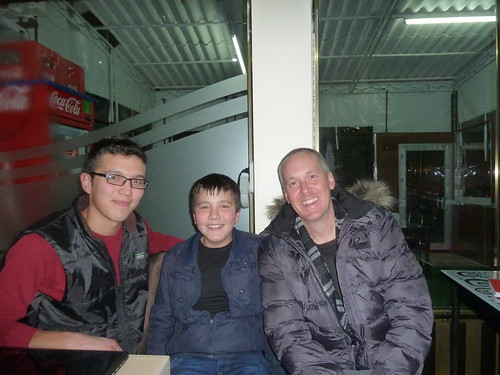 Across the street from the Karaman Ogretmen Evi (Teachers’ House) is a small restaurant called Kubra, named after the woman who runs it.

Kubra is a family-run restaurant with just two tables inside, and about four in the patio outside. Kubra serves about the best manti (imagine a meat-filled ravioli in garlicky yogurt sauce) I’ve ever tasted in my entire life.

Here are two of Kubra’s four children, Enes and Omerfaruk. Kubra herself was too shy to be included in the photo.

Next: Today is for Richard Paziak

Previous: Talking about the walk at Istanbul Toastmasters