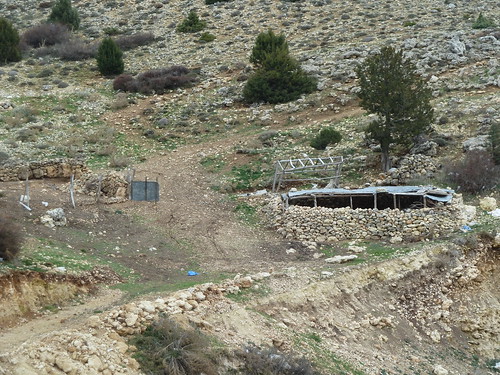 The south side of Sertavul Pass has a lot of houses made out of rock, tin, and flimsy wooden branches. I don’t know who lives in them or what they do or when they do it, but yesterday at least all the houses were empty. It was kind of creepy, seeing all those unoccupied shanties.

EDIT: A couple people have suggested to me that maybe those are storm shelters for shepherds and their flocks. That sounds pretty plausible, and definitely takes some of the creepiness away.

Next: View from Sertavul Pass

Previous: At the pass